Tate Britain’s extensive collection covers over 500 years of creativity, including artworks from major British artists from 1500 until the present day.

The main British art collection is displayed in chronological order, including galleries dedicated to one only artist and other halls exhibiting art in a more historical context.

The permanent collection is divided into three sections:

Getting to Tate Britain by boat

In our opinion, there are more interesting museums to visit. However, if you decide to go to Tate Britain we recommend getting to the museum by the Tate Boat, a boat that connects Tate Modern with Tate Britain.

If you’re only in London for a few days, we then recommend missing this museum out. 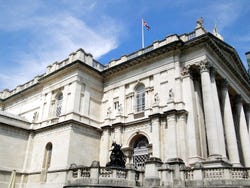 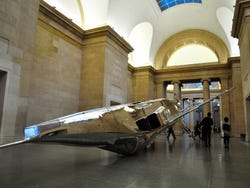 Inside the Tate Britain gallery 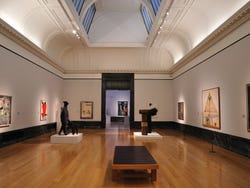