Tate Modern is one of the most visited galleries of modern and contemporary art in the world, surpassing New York’s MoMA and the Reina Sofia Museum in Madrid.

The location of Tate Modern is something that makes this museum very special. Held in the former Bankside Power Station, it was inaugurated on the 11 May 2000, after four years of remodelling, and fits perfectly with the theme of the museum. As a result of the museum's expansion, more space for photographic and video exhibitions, as well as temporary exhibitions, has been made available.

The main collections are located between the third and fifth floor. These are the world’s most complete modern and contemporary collections, including artworks by major artists of the twentieth century, such as Pablo Picasso, Andy Warhol, Salvador Dalí, Mark Rothko or Edvard Munch. The Sick Child is the Munch work on display in the Tate Modern, with the largest collection of the Norweigan artist housed in the Oslo Munch Museum.

The temporary exhibitions are divided between the fourth floor and the Turbine Hall, the buildings’ main hall, which once housed the electricity generators of the old power station.

Not to be missed

Even if you’re not a fan of modern art, the Tate Modern is located in a large and unusual building, which is easy to visit, well situated, and entrance is free. It remains one of London’s top attractions. 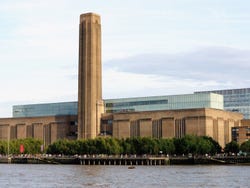 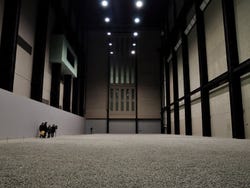 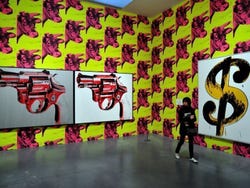 Bankside, next to Shakespeare’s Globe Theatre.