A curious and hair-raising fact is that the private apartments in The Shard, of which there are only 10, one per floor, cost between 30 and 50 million pounds each.

The Shard’s observation deck is known as “The View” and has become, along with London Eye, one of the best places to see the city’s skyline.

The View is divided into three floors, two are covered and one is an open-air deck. The building offers a 360° stunning view of the city and it is possible to see the horizon as far as 40 miles away. The Shard stands nearly twice as high as the London Eye.

The architecture of this skyscraper is spectacular and it is definitely worthwhile visiting the building, as is climbing to its observation deck or visiting one of its restaurants. The only drawback is that it is very expensive.

If you want to avoid the queues and pay £5 less, we recommend buying the admission ticket on our website: 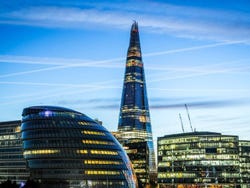 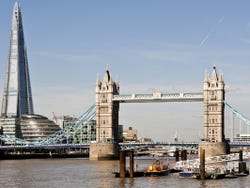 The Shard and Tower Bridge 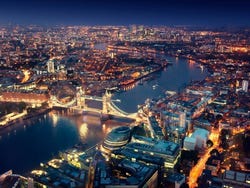 Views from The Shard at nighttime 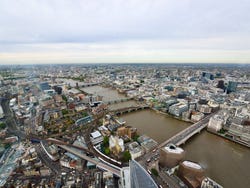 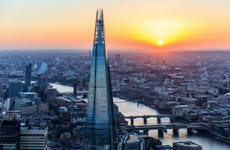