Before it was transformed into a park, this area was a marshland where lepers from the nearby St James's Hospital were buried until the sixteenth century, when the land was enclosed and became hunting grounds for Henry VIII.

In 1668, under Charles II, the land became a park known as upper St James’s Park. During the following decades, this park was chosen by many for duels and it also became a refuge for thieves and bandits.

Nowadays, the Green Park is a peaceful and safe refuge where visitors can go for a stroll before going to see the ceremony of Changing the Guard, held in the nearby Buckingham Palace.

What to see in Green Park?

Unlike its neighbours, Green Park doesn’t have any lakes nor does it stand out for its impressive memorials or statues, but rather its charm is made up of hundreds of mature trees and grassland.

Simple and peaceful, Green Park is a pleasant green space (as its name suggests) where residents and tourists choose to go to get away from the madding crowd of the city. 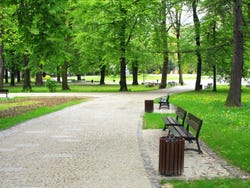 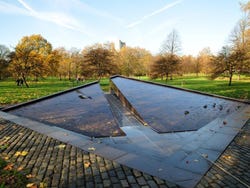 From dawn to dusk