In 1532, Henry VIII purchased the 23 hectares (57 acres) of marshland that make up St James’s Park and used it as one of his hunting grounds. It was then drained and landscaped at the end of the seventeenth century. Charles II then ordered the park to be redesigned based on the French royal parks, giving it its final form.

Going for a walk in St James’s Park

This is a well-known park as it is extremely close to Buckingham Palace and has breath-taking views of the queen's residence. Many tourists wander to the park after having observed the Changing of the Guard to enjoy a bit of scenery and wildlife.

The park has an artificial lake replete with birds. Its surroundings are covered in flowers, shrubbery, cypresses, among other plant life, transporting its visitors to a relaxing green oasis and making them forget that they are in the heart of London.

Although St James’s isn’t one of London’s most famous parks, its privileged location and the fact that it is close to the Palace makes it one of the best-kept parks in the city. 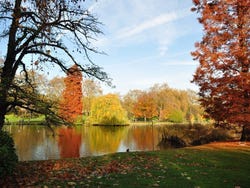 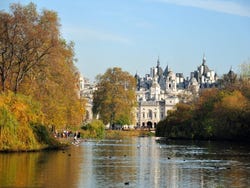