The Imperial War Museum, located in the Crystal Palace at Sydenham, opened in 1920. Several years later, in 1936, it was moved to what was previously the Bethlem Royal Hospital in Southwark.

After World War II, the museum grew and expanded its collection, which was sometimes relocated to other branches in London, like the HMS Belfast warship and the Churchill Museum, and to other branches at other locations in England.

The effects of the conflicts on the British and worldwide population is made apparent visiting the six floors of the museum.

Displayed in the museum’s bottom floor are original objects of World War I and World War II, as well as models of some war scenes, getting a sense of what soldiers went through when living in the trenches. A small exhibition dedicated to the children during various conflicts shows how kids lived through these difficult periods and how they tried to escape from the realities of war making it seem like a game.

The ground floor is one of the most interesting floors as it contains heavy weapons, including tanks and rockets. On the first floor, it is worthwhile visiting the Secret War exhibition on special forces, espionage and covert operations. The second and third floors explore the horrors of the Holocaust with original objects and material.

The Imperial War Museum is one of the best worldwide. The various exhibitions not only offer the possibility of seeing an atomic bomb, a human torpedo, tanks and military aircraft, but also depict how soldiers experienced the different conflicts and how these affected the rest of the population. 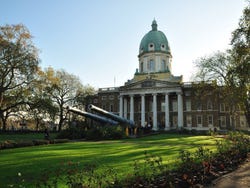 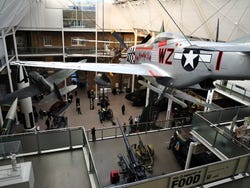 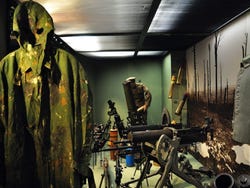