London sea life is the largest aquarium in England, as well as being one of the most important in the world.

There are more than 500 different species, as well as a huge glass tunnel which allows visitors to get up close with the incredible sharks and rays.

The Sea Life aquarum has 15 themed zones divided into three floors and offer visitors a unique immersion in the underwater world.

The different areas of Sea Life are:

Without doubt one of the best points to the London aquarium is its impressive glass tunnel. Visitors can wander through, surrounded by some of the most exotic species on the planet.

And the little ones will love the various interactive areas in the aquarium, where they can learn about the importance of caring for marine life.

And best of all it's found in the very centre of the British capital, meaning you're close to the main attractions like Big Ben or the London Eye. 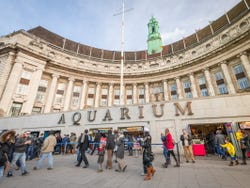 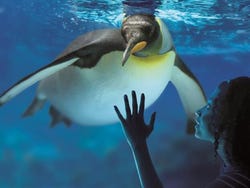