The Changing of the Guard is one of the most popular attractions in London. During the ceremony that takes place in Buckingham Palace’s forecourt, the Old Guard (guards that have already been on duty) are relieved by the New Guard and are accompanied by a military marching band.

During the event, which takes approximately 45 minutes, in which the Guards wearing their bearskin caps parade to the beat of military and less traditional music.

When does it take place?

The ceremony takes place every day at 11 am in June and July. The rest of the year, it is held every other day, except when it’s raining, in which case the ceremony is usually cancelled.

In the following website you can check out the calendar:

A famous if somewhat dull ceremony

Although The Changing of the Guard is one of the most popular attractions in London, the ceremony, in our opinion, is long and monotonous, especially if you’ve been waiting for over an hour to get a good spot.

If you’re planning to see The Changing of the Guard, we recommend getting there early and finding a place near the gates of Buckingham Palace to have the best views possible. 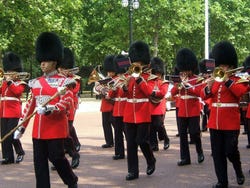 Changing of the Guard at Buckingham Palace 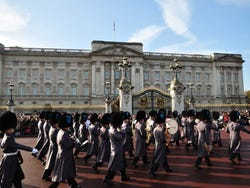 June and July: every day at 11 am.
August - May: Monday, Wednesday, Friday, and Sunday 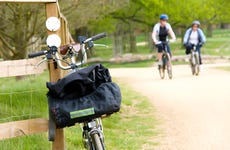 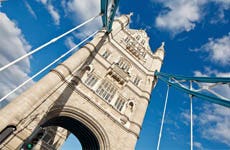 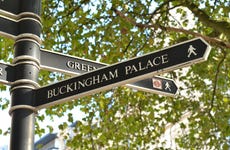