*Permanently closed until a new location is found.

Robert Leroy Ripley was an anthropologist, passionate of unbelievable objects and strange and unexplained events. He based his life philosophy in the belief that the truth exceeds fiction.

Ripley was always considered an eccentric person with an unusual fashion sense. He lived terrified he would die electrocuted if he spoke on the telephone, and during his life collected over 100 cars, although he didn’t know how to drive.

During a period of his life he decided to travel all over the world collecting incredible objects for his personal collection. In 1923, he returned to New York and was hired by the newspaper New York Globe. He sold over 500,000 copies of his first book, and thus became the first cartoonist to become a millionaire.

His first exhibition of strange objects took place in 1933 in Chicago World’s Fair and since then his collection became incredibly popular. Ripley died in 1949, although, in a certain way, he remains present in the striking exhibitions of the objects he collected worldwide.

Ripley’s Museum in London houses over 800 strange objects that are divided into several topics throughout the building’s five floors.

Some examples of the items visitors will find in this museum include a replica of the tallest man in the world, five legged stuffed animals, torture instruments used in the past, a miniature of Tower Bridge made of 264,345 toothpicks, or a car with over one million Swarovski crystals.

Some of the most interesting objects include several shrunk heads made by the Shuar people of Ecuador, displayed with footage of their head-shrinking processes.

Ripley’s, Believe it or Not arouses diverse opinions from its visitors. Some believe it is a place full of absurd objects that are not worth visiting and others are fascinated by the items displayed.

Although the admission is pricey, one of its advantages is that the museum is open until midnight. 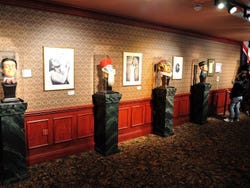 Ripley's, Believe it or not! collection 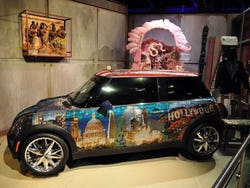 Mini with over 1 million Swarovski crystals 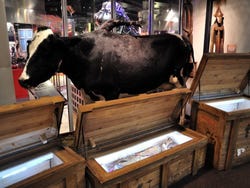