Leave London behind and embark on a half-day tour to Windsor Castle, the oldest and largest occupied castle in the world, and the Queen’s favorite. 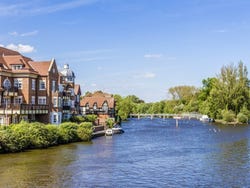 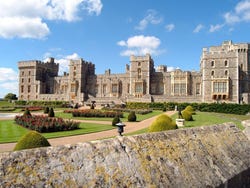 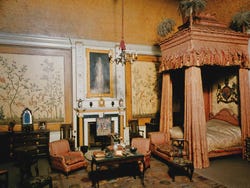 Board a comfortable and air-conditioned coach from the city center and sit back while you head west to Windsor, just an hour’s drive away.

First built in the eleventh century, Windsor Castle is surrounded by enormous and beautifully looked after gardens with a turreted Round Tower. As you explore it, it is easy to understand why it is the Queen’s preferred weekend home. Moreover, it is also the oldest and largest lived in castle in the world.

Accompanied by your audio guide in English, you will venture into the castle and admire the splendid State Apartments decorated with numerous masterpieces by celebrated painters such as Rembrandt and Leonardo da Vinci, among others.

You will also visit St George’s Chapel, the resting place of Henry VIII, the Queen Mother and other monarchs.

The prestigious Eton College is visible from the Castle, where Prince William and Prince Harry have both studied, as well as several prime ministers.

You will spend approximately 2 hours exploring Windsor Castle and then return to Victoria or Kensington, where you will arrive between 6:30pm and 7pm.

The activity takes place with recorded commentary in in english.

Entrance to the Windsor Castle.

You can book up until 12 hours before the activity as long as there are still places. Book now to guarantee your spot.