Prehistoric standing stones and an almost-2000-year-old spa: enjoy a private viewing of the ancient megalith of Stonehenge and the historic Roman Baths on this guided tour from London. 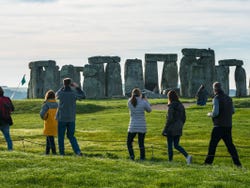 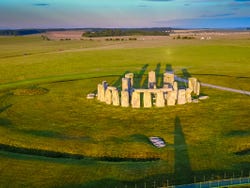 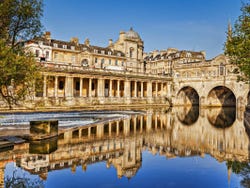 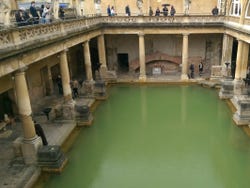 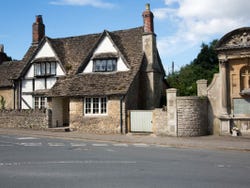 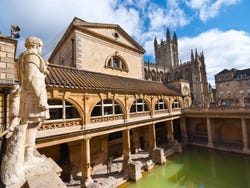 After meeting your guide at 10:20 am at Victoria station, we'll head west to Wiltshire, a picturesque county in southern England. The first stop on your day trip will be in the small rural village of Lacock, which was mentioned in the Domesday Book in the 11th century. Stroll amongst its quaint houses, most of which date back to at least the 18th century, and you might recognise scenes from Harry Potter, Pride and Prejudice and Downton Abbey, which have used the Medieval town as a filming location.

Continue on your route towards Bath, where you'll discover the history of ancient Britain as you visit the famous Roman baths for which the city is named. The historic remains of the public bathing area located on natural springs, a designated World Heritage Site, allow visitors a fascinating insight into daily life in this area under the Roman Empire.

Following your guided tour of the thermal baths, we'll enjoy a delicious lunch. In the afternoon, you'll meet back up to journey on for the next part of your excursion: visiting the archaeological site of Stonehenge. This mind-blowing stone circle dates back to the Bronze Age some 3000 years BC, and millennia later it remains shrouded in mystery. Was the megalith a sacred place for burials, funerary rites or sacrifices? Was it an ancient healing and pilgrimage site, or used for astronomical purposes? Your expert guide will reveal the different theories as you marvel at the site.

As the sun begins to set over this incredible site and the twilit skies take on purple and scarlet hues, you'll enjoy a private viewing of Stonehenge. You'll have exclusive access to the stone circle itself, allowing you to appreciate the enormous standing stones up close, as you hear more of the myths and legends surrounding it.

At the end of an incredible day, you'll make the return journey to central London, arriving at the meeting point at 10 pm.

If you're interested in this excursion, but you'd rather enjoy the views of Stonehenge from afar instead of taking a guided tour of the ancient megalith, check out our Bath & Stonehenge Day Trip instead.

Entrance to all the monuments on the tour.

US$ 222.40
No hidden fees or surcharges
Free cancellation up to 3 days before
Book