Legends of the beautiful game such as Lampard, Terry and Drogba have all shown us their magic at Stamford Bridge, the home of Chelsea FC. This is a must-see for all football fans. 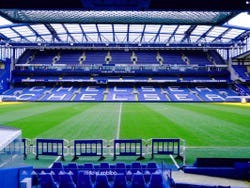 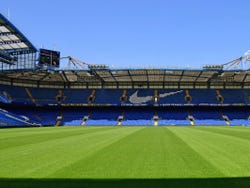 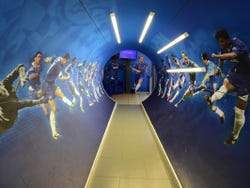 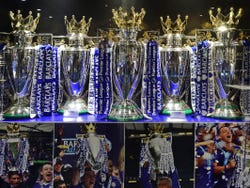 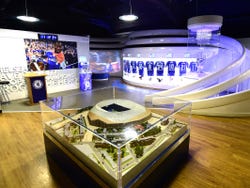 "When you see young players coming into the squad and pushing you, no matter what age you are, you have to react. You have to worry about yourself and perform as well as you can. If you end up looking around at others, wondering who's performing better, you take your eye off the ball". This phrase from legendary Chelsea player Frank Lampard sums up the essence of The Blues: courage, dedication and sacrifice. This historic London Premier League club is based at the iconic Stamford Bridge, and this is your chance to visit!

Opened in the second half of the 19th century, Stamford Bridge is located in the Hammersmith and Fulham district. Since its renovation in the 90s, the stadium has hosted various sporting events such as England matches, FA Cup finals and even rugby matches.

With your ticket to the Chelsea FC Stadium, you can visit the most popular and historic places at Stamford Bridge at your own pace. Have you ever dreamed about walking out of the players' tunnel? What about taking a peek at the changing rooms? And the press room where many memorable interviews have been made? There is no better experience for Chelsea fans!

Even if you're not a Chelsea fan, the stadium has so much to offer that you're sure to have a good time. You can enjoy a multimedia experience with 360º videos and many more interactive surprises, plus you can access the Museum Centre and its exhibition room. Here you'll be able to see the impressive collection of trophies that the club has won over the years, including the 2021 and 2012 UEFA Champions League Trophies. In the museum, you'll also see signed balls and the original shirts of some of the legendary players that have once called this club their home.

Stamford Bridge is open every day at the following times:

Last admission is one hour before closing.

On match days and when certain events are being held in the stadium, the stadium tour will not be available. To avoid disappointment, we recommend that you check the official Chelsea FC web page before planning your visit.

When booking, you will see that a family ticket is offered, which is valid for 2 adults and 2 children from 5 to 15 years old.

All of our providers comply with recommendations to avoid the spread of Covid-19. Please check local restrictions before traveling.

You can book up until 36 hours before the activity as long as there are still places. Book now to guarantee your spot.

Free! Free cancellation up to 48 hours before the activity starts. If you cancel under this time or do not show up, you will not be refunded.

Very interesting if you like soccer Opinion translated. Show original.

The guide was very professional and friendly. The duration of the visit excellent. Opinion translated. Show original.

Everything excellent! No more than a girl brought us super fast and did not give us time to take a photo Opinion translated. Show original.

I travelled by myself
10

9.10 / 10 1,028 reviews
At The Making of Harry Potter, you can discover the original film sets, special effects, authentic props and costumes from the eight film Harry Potter series.
US$ 117.80
Book
like

8.60 / 10 113 reviews
Admire London’s beautiful skyline while you enjoy a luxury four-course dinner on a panoramic cruise down the Thames.
US$ 97.90
Book
like

8.80 / 10 46 reviews
Combine the culinary and the cultural in the most musical restaurant in the British capital: the Hard Rock Café London. Tour through the history of rock!
US$ 32.40
Book