Discover the cultural heritage of two typical English cities, Oxford and Cambridge. You'll learn about their academic tradition and the spectacular medieval buildings which line their streets. 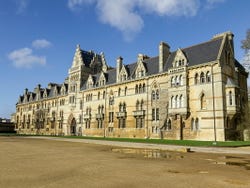 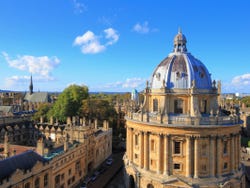 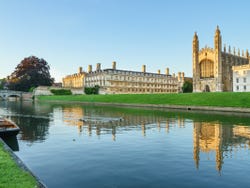 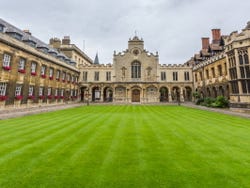 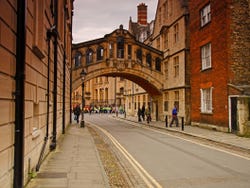 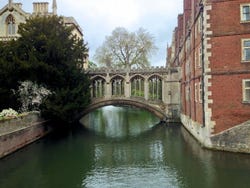 Leaving the centre of London at 8:30 am, we hit the road on the way to Oxford, our first stop. Here we'll pass through a city with a prestigious academic tradition known worldwide.

We'll enter the Bodleian Library, the main research library for the famous University of Oxford. You'll discover this ancient library, including the Radcliffe Camera with its Corinthian columns and the Hooke Library, named after Robert Hooke, a pioneer in the field of physics.

Continuing our tour of Oxford, we'll take in the historic Christ Church college, where kings, scientists and politicians from all over the world were educated. This stunning college may also ring a bell for fans of the Harry Potter series, as Christ Church was the setting for various scenes in the saga of films, including all the scenes set in the dining room.

Leaving Oxford behind we'll head to Cambridge, another English city known worldwide for its university. Our next stop is the King's College chapel, the most famous gothic monument in the city. We'll continue by visiting some of the best-known sights in Cambridge, such as the University Library or the oldest college of all, Peterhouse, founded in 1284.

Having enjoyed these two English cities, we head back to London by bus, arriving around 7 pm.

Pick up and drop off in London.

Entry to the Bodleian Library and Christ Church.

Entry to the Kings College chapel.

I travelled with teenagers
8

I travelled with friends
6

I travelled with teenagers
6

I travelled with teenagers
Show all the reviews
like